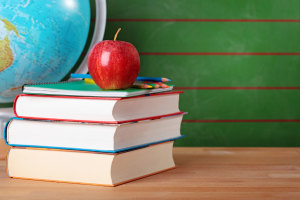 Velma was born September 3, 1926, on a country farm near Fredericksburg, MO to Oscar and Pearlie Tilly. At the time, Oscar and Peralie lived with brother Eduard and wife Annie, sister to Pearlie and continued to do so for 25 more years. A first cousin Daniel joined the household one month later and Velma’s sister Dorothy was born four years later.

As a child Velma attended Sunday school and church at Fredericksburg and Vacation Bible School during the summers. She taught Sunday School at the early age of 15, dreaming of one day becoming a missionary in India.

Velma attended a local county elementary school and began her high school years at the old Chamois “school house on the hill”. She finished high school at the present high school in 1945. During these years she enjoyed playing the clarinet for the marching band. According to her memory, her class chose the current school colors of purple and gold.

World War II was in full swing during Velma’s high school years. Times were very difficult, as she experienced shortages of gasoline, and sugar among many other rationed items. Many men in the community were drafted for military service, leaving the women to become the providers for the home. Velma worked in the Hermann shoe factory one summer and earned enough to help the family buy a Chevy which she later used to go to various teaching assignments.

Upon graduation she took the “Teacher’s Exam”. This allowed her to teach at Aud School for two years until its closing. She then attended summer classes at Warrensburg and taught several more years at Pershing School.

Velma originally met her future husband, Raymond Pauck, as a teenager at a Fredericksburg Church picnic. Raymond became a farmer and enlisted into the army while Velma continued her education and became a teacher. Velma and Raymond were married on August 15, 1948 at Fredericksburg, MO and lived on the Oscar Tilly farm. They raised grain, Angus cattle, and operated a dairy farm for 39 years.

On August 11, 1953, the couple was blessed with their only child, Diane. During Diane’s elementary years, Velma became an active member of the Chamois PTA, serving as an officer and working on school carnivals for several years.

In 1977, Velma was trained as an EMT for the state of Missouri and served as a volunteer for the Osage County Ambulance District. For many years, Velma served on the Fredericksburg Church Committee which provided management and care of the cemetery and church facilities.

Of all the activities that Velma participated, her proudest achievement was serving 40 years as leader of the local 4-H group. During this time, she witnessed many young children proudly display their 4-H projects, and she was always excited to serve as the 4-H foods judge at the Osage County Fair. In 2007 she was inducted into the Missouri State Fair 4-H Hall of Fame.

Velma is survived by her daughter Diane Frey, and granddaughter Vanessa Frey, both of St. Louis, MO. She is also survived by many nieces and nephews.

Velma was preceded in death by her parents, Oscar and Pearlie Tilly, her sister Dorothy Reeg, and her husband, Raymond Pauck.

Funeral services will be held at 11am on Wednesday, July 15th, 2020 at Zion-St. Peter's U.C.C, Pershing, Missouri.  Burial will be at Fredericksburg Cemetery.

Memorials may be given to the cemetery, American Heart Association or American Diabetes Association.  C/O Toedtmann & Grosse Funeral Home.

To send flowers to the family or plant a tree in memory of Velma Minnie Louise (Tilly) Pauck, please visit our floral store.