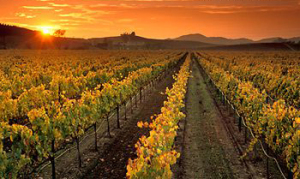 Read more about the life story of Timothy and share your memory.

Tim was born in Washington, Missouri on December 1, 1956, a son of the late Randolph & Eunice (Rohlfing) Puchta.

He was a graduate of Hermann High School and the University of Missouri with a degree in respiratory therapy. While at MU, he was a founding member of the Columbia chapter of the Acacia Fraternity. He was a respiratory therapist until he and his father reopened the Adam Puchta Winery in 1990.

Tim was the owner of Adam Puchta Winery in Hermann. In his free time he played in many bands, including the Blufftones and Voyage. He enjoyed deer hunting and was a fabulous shot. He loved his winery animals. He also loved being on the beaches in Florida and being with friends and family enjoying food and fellowship.

Visitation will be held Thursday, November 10th from 1:00 to 8:00 p.m. at Toedtmann & Grosse Funeral Home, Hermann, where funeral services will be held Friday at 11:00 a.m., with Rev. Ken Beckmann officiating.

Burial will be at the Puchta Family Cemetery, Hermann, Missouri. Memorials may be given to Hermann Food Pantry or Hermann Area Crusade Against Cancer.

In Loving Memory Of

Look inside to read what others have shared


Family and friends are coming together online to create a special keepsake. Every memory left on the online obituary will be automatically included in the book.