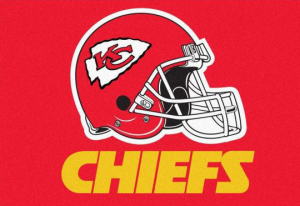 Sandra was born in Dowagiac, Michigan on March 1, 1940, the daughter of the late Charles & Nell (Frisby) Murphy.

She was the wife of Terry Lee McCool.  They were united in marriage on August 31, 2003, in Troy, Illinois.

Sandra was a member of Hermann United Methodist Church, Hermann, Missouri.  She worked for Maczuk Chrysler as a bookkeeper then at H & R Block as a tax preparer.

In her free time, Sandra loved to cook and bake and watch her beloved Kansas City Chiefs.  She enjoyed volunteering at her church and sewing when she was younger often making matching outfits for her and daughter Tracy.  She was a very proud mother and grandmother in addition to being a mother to many "adopted" children.

She is preceded in death by her parents, her siblings, two sons, Michael Jeffrey Podshadley and Thomas Patrick McCool and a grandson, Jonas Adrian Schardan.

A memorial service will be held Saturday, September 19th, 2020 at 2:00 p.m. at Hermann United Methodist Church, Hermann, Missouri and will be streamed live online, with Rev. John Hampton officiating.

Memorials may be given to the Jonas Schardan Memorial Scholarship Fund c/o Scott Credit Union, 501 Edwardsville Rd., Troy, IL 62294.  Arrangements are under the direction of Toedtmann & Grosse Funeral Home, Hermann.

To send flowers to the family or plant a tree in memory of Sandra Jeanne Murphy-McCool, please visit our floral store.