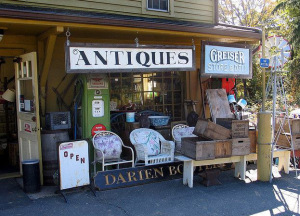 Pete was born in Newark, New Jersey, on September 20, 1940, the son of Paul and Helen (Deiman) Canady. When he was still a small child his family moved to Norfolk, Virginia, where he grew up. Pete showed an early interest in and talent for music. In high school he and friends formed a band, Jay Ward and the Debonairs, and were much sought after for events.  After graduating from Maury High School in Norfolk, Pete attended The New England Conservatory of Music in Boston, Massachusetts, where he studied percussion. He went on to teach percussion and to play professionally, classical, pop and jazz, for many years—with the Quebec Symphony Orchestra and in other venues, primarily in the Boston area.

When people asked Pete why he moved from Boston to Hermann he often answered that he left Boston to get away from the traffic and just drove until the traffic thinned out enough to suit him. In fact, on his mother's side Pete's family had deep roots in the New Florence, Missouri area. In 1984, when Pete came to Missouri for his father's funeral in New Florence, he visited Hermann for the first time. He thought the area was beautiful and not long afterwards decided to move here. It was after he moved to Missouri that Pete discovered the second love of his life after music—antiques. He eventually opened his own antique shop in Herman—remembered by many as one of the very best—Pete's Plunder Antiques.

Pete is survived by his sister, Katharine Owen of Honolulu, Hawaii; a niece, Alyssa Lewis and husband Shawn, of Sunnyvale, California; and his companion of many years, Linda Talley. He was preceded in death by his parents.

Interment will be at New Florence Cemetery. No service is planned. Memorials may be made to Gasconade County R-1 School District (check memo “Band Department”)  c/o Toedtmann & Grosse Funeral Home.