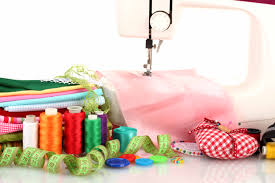 Irene was born in Berger, Missouri on January 11, 1926, the daughter of the late Robert & Wanda (Albietz) Colter.

Irene was a former member of St. John's United Church of Christ, Berger, Missouri.  She enjoyed cooking, baking, gardening, sewing, traveling and going on bus tours with her husband and family.

She is preceded in death by her parents, her husband, a brother, Ralph "Bud" Colter, and a sister, Betty Fleer.

Private funeral services will be held.  Burial will be at St. John's Cemetery, Berger, Missouri.

To send flowers to the family or plant a tree in memory of Irene Wanda (Colter) Forderhase, please visit our floral store.

You can still show your support by sending flowers directly to the family, or by planting a memorial tree in the memory of Irene Wanda (Colter) Forderhase