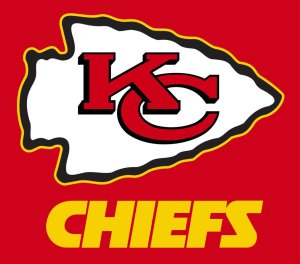 Calvin G. Scheidegger, 81, of Hermann, MO, passed away Thursday, September 30, 2021.  After several months of declining health, Calvin died peacefully at his home with his beloved wife Caroll and his family by his side.

Calvin was born in Hermann, Missouri on September 18, 1940, the son of the late Marvin & Evelyn (Eldringhoff) Scheidegger.

He was united in marriage to Caroll Coulter on August 3, 1963, at St. George Catholic Church, Hermann, Missouri.

In 1967, Calvin began working for his father at Marvin’s Distributing Company, a Stag Beer distributor, where he began his lifelong career in the beverage industry.  He became a partner with his father in 1973.   In 1978, Calvin and Caroll purchased Marvin’s Distributing Company and developed Calvin's Distributing Company, now a third generation family owned business.  Over the past 63 years of operation, they have expanded their portfolio in wholesaling beverages and products including Keurig Dr.Pepper Snapple Group, Pinckney Bend Distillery, Hermannhof Wines, White Mule Wines, Tin Mill MicroBrews, Hermann Wurst Haus Sausage Company, Excel Bottling Sodas and until 2010 a Miller Brewing Company and Stag Beer wholesaler.  After being semi-retired, in May of 2011, Calvin fulfilled a lifelong dream and created Calvin's 1836 Root Beer, which he dedicated to Hermann, the town he loved.  He took great pride in contributing to Hermann’s betterment in many diverse avenues by supporting local businesses, organizations, education, sports, and economic growth.  No one escaped Calvin’s sharp wit while sharing his love for life with all who knew him.

Calvin has always been a dedicated businessman as well as a strong community leader.  He was a member of St. George Catholic Church, where he served on the parish council, the Knights of Columbus, the Hermann Jaycees, where he served a term as president and received the Distinguished Service Award, the Hermann Lions Club, where he received the Melvin Jones Award, he was a former member of the Hermann Volunteer Fire Department, and he served as a City Alderman. For over 20 years, he shared his jolliness with children in the Hermann, Rhineland, and Marthasville area, wearing a red suit with a full white beard spreading Christmas cheer. In 1996, he received the Outstanding Salesman Award for Dr. Pepper.  In 1980, 1981, and 1982 he received the Miller Brewing Company Number 1 Market Share Award. In 2012, Calvin received the Spirit of a Bearcat Award, given to those who exhibit the extraordinary Bearcat spirit while supporting his grandchildren through the High School.  He was dedicated and devoted to his faith, family, business, the community, and his Kansas City Chiefs.

Visitation will be held Sunday, October 3rd from 2:00 to 8:00 p.m. at Toedtmann & Grosse Funeral Home, Hermann.

A funeral mass will be held Monday at 2:00 p.m. at St. George Church, Hermann.