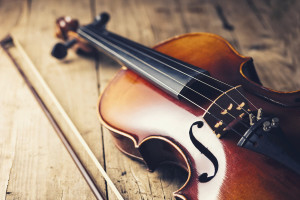 In June of 1953 his country called him to active duty in the U.S. Army where he served with great honor and pride.  He was honorably discharged May 6th ,  1955.

Bob worked in construction.  His last job was a guard officer at the Missouri State Prison in Jefferson City.

Bob was a member of the St. John's United Church of Christ, Stolpe; Hermann V.F.W. Post 4182; Rhineland American Legion Post. Bob was a great story teller, he enjoyed telling stories of things that happened in the past and especially things that he was involved in. He was a great historian, and remembered things about history that he passed on to his children and grandchildren and friends. He was involved in many organizations that involved steam engines which he loved and would have been considered and expert on how to operate and how they worked. He traveled throughout the midwest traveling to many "Old Thrashers Shows" and developed many friendships along the way. Bob was self taught as a fiddle player and won many competitions playing the fiddle. He would play at many dances and was known to be an excellent square dance caller. He was the fiddler in a group of musicians called  " Fiddlin Bob & the Bootleggers". Bob enjoyed having a good time and was always playing practical jokes on anyone he could. He once dressed up as a woman and scared a local farmer so bad,  the farmer left his corn field and went home. Bob's greatest love was his family he dearly love his two sons and his grandchildren and was very proud of all they have accomplished in life.

Bob is survived by his two sons, Steven Hart & wife Rebecca, of Gerald and Dennis Hart & wife Doreen of Union. He is also survived by one sister Candy Bryant of Columbia. He survived by four grandchildren Nichole Nuss, Nathan, Crystal and Dana Hart, and by one step granddaughter Jessica Hasza  by  3 great  grandchildren Johnathan, Adaleigh, and Ellianna Hart and 3 step great grandchildren Trey Hasza and friend Kelly Smith, Josafeen and Dawson Hasza.

He is preceded in death by his parents, by a sister Martha Martin and brother Vernon Hart and a great grandson Calvin Nuss.

Burial will be at St. John's Cemetery, Stolpe.  Memorials may be given to the cemetery or Hermann V.F.W.  C/O Toedtmann & Grosse Funeral Home.